Note: Areas not marked by yellow or red posts and/or lines are not water hazards or lateral water hazards. If relief is required in such areas it must be taken in accordance with Rule 28 unless relief is available under some other Rule or Local Rule (e.g. Rules 24 & 25) in which case relief may be taken in accordance with such other applicable Rule.

Immovable obstructions include the following:
Artificially-surfaced roads and paths
The bridges on the 3rd hole, parts of which are in a water hazard • All electric fences (whether live or not)
Artificial steps to putting greens or teeing grounds
Concrete posts marking hazards
Benches and their concrete bases
All sprinkler heads. In addition to the relief available under rule 24, if a ball lies off the putting green but not in a hazard and an immovable obstruction on or within two club lengths of the putting green and within two club lengths of the ball intervenes on the line of play between the ball and the hole, the player may take relief as follows:

The ball must be lifted and dropped at the nearest point to where the ball lay that:-

(a) Is not nearer the hole
(b) Avoids intervention on the line of play, and
(c) Is not in a hazard or on a putting green.

The ball may be cleaned when lifted.

If a staked tree interferes with a player’s stance or the area of his intended swing the ball must be lifted, without penalty, and dropped in accordance with the procedure prescribed in Rule 24-2(b) (Immovable Obstructions).

a.The margins of Ground under Repair are marked by a continuous or broken white line (Rule 25-1 applies)

b.Areas of newly planted heather or turf may carry a notice indicating that relief is compulsory. If a player’s ball comes to rest in such an area or such an area interferes with the player’s stance or intended line of swing, relief must be taken under Rule 25-1

c.Areas prepared as temporary greens and carrying a notice indicating that a drop must be taken are wrong putting greens from which relief must be taken in accordance with Rule 25-3

d. Unsurfaced pathways through the rough are not closely-mown areas and no relief is available under Rule 25-2

For all play at Piltdown Golf Club under the ruling of the Committee, a player may obtain distance information by using a device that measures distance only. If during a stipulated round a player uses a distance measuring device that is designed to gauge or measure other conditions that might affect his play (e.g. gradient, wind speed, temperature, etc.) the player is in breach of Rule 14-3 for which the penalty is disqualification, regardless of whether such additional function is actually used

Preferred Lies are in force when announced on the board at the entrance to the Club Car Park.

When Preferred Lies are in force the following temporary Local Rules apply:

a) A ball lying on a closely-mown area through the green may be lifted without penalty and cleaned. Before lifting the ball the player must mark its position. Having lifted the ball he must replace it on a spot within six inches of its original position, not nearer the hole and not in a hazard or on a putting green.

A player may place his ball only once, and it is in play when it has been placed (Rule 20-4). If the ball fails to come to rest on the spot on which it is placed, Rule 20-3d applies.

If the player fails to mark the position of the ball when lifting it or moves the ball in any other manner, such as rolling it with a club, he incurs a penalty.

Note: Unsurfaced paths are not closely-mown areas
b) Through the green a ball that is embedded in its own pitch-mark may be lifted without penalty, cleaned and

dropped as near as possible to where it lay but not nearer the hole.

Penalty for breach of rule: 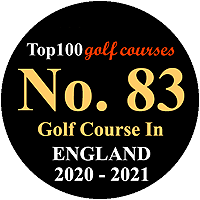 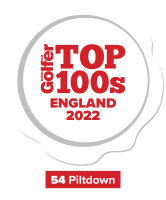 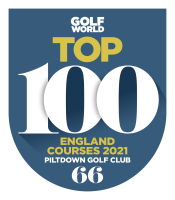